STANDING ON TOP OF THE ROCK-INGHAM

Hey we’re back, I heard you missed us? A different venue, less bands but no dip in quality is what Rockingham is offering this year. After last year’s successful weekend, plans were put in motion to deliver more of the same AOR goodness as organizer, Dave Herron, explains, “Following on from the incredible feedback from our 2015 event we have decided to make Rockingham a more permanent part of the UK festival scene.”

It’s all set to take place over the weekend of the 21st to 23rd of October, at Nottingham’s Trent University – a mere stones throw from last year’s venue.

With the likes of Trixter, Steelheart and Kevin Chalfant headlining over the three days, a stellar line up has been added to augment an already impressive top of the bill.

At least five of these acts have never played in the UK before, with the likes of Lionheart and Lee Aaron having never set foot on a UK stage since the eighties.

With the new blood being ably represented by the likes of Art Nation, Blood Red Saints, Angels Or Kings and Stone Broken, Rockingham is covering all the bases.

This promises to be a wonderful weekend of AOR

LINE UP FOR THE WEEKEND

So where do you start with Mr. Chalfant? That he should have got the job in Journey, possibly. Or that he recorded one of the finest AOR albums of the nineties with the Storm, maybe. Perhaps we should just say that he possesses one of the finest AOR voices to ever grace the genre, so you can expect a set stuffed to the brim with quality moments from a distinguished career.

Now here’s a man that could possibly be one of the coolest to ever strap on a guitar. His tenure with Crown Of Thorns is legendary, their debut being one of the finest albums he’s appeared on. Having worked with Kiss, The Plasmatics and Little Steven amongst many others, he’s guaranteed to get everybody on their feet. Are you ready?

Having delivered one of the finest debuts of last year, Blood Red Saints will need no introduction. Gigs with the likes of Romeo’s Daughter and Hand Of Dimes have shown them to be capable of delivering live what they put down in the studio. With a collective pool of talent that has seen them appear with the likes of Sam Thunder, Angels Or Kings, Gary Hughes, In Faith , The Shock, Lost Weekend and Newman, the Saints are the pride of the U.K.

Canine capers from Jakob Samuel and company is always a good way to spend your afternoon. Over the years they’ve produced several quality moments, garnering plaudits from far and wide. This is Scandinavian AOR at its most bombastic and fierce, so bring a muzzle as this dog bites.

Formed from the ashes of Diamond Dawn, Art Nation released one of the finest albums from last year, which saw critics liken them to a junior version of H.E.A.T. It’s not gone unnoticed as Music giants Gain have recently snapped them up for a lucrative deal. So expect a highly charged set of fist pumping, anthemic AOR.

This was a shock addition to the bill, but a very welcome one. Having dispensed one of the finest UK pomp rock albums of the eighties, Lionheart toured with the likes of Def Leppard to rave reviews. Their brand of AOR is laced with luscious harmonies, biting guitars and surging keyboards. With ex Iron Maiden alumni, Derek Stratton, at the helm, the results should be breathtaking.

Let’s cut to the chase here, the Defiants have made one of the best albums of this year pure and simple. Then again what did you expect from people that have plied their trade in Danger Danger, a band that are not shy of a hook or three. Between them, Bruno Ravel, Rob Marcello and Paul Laine have knocked it out of the park. Their recent performance in Milan is spoken of in hushed, revered tones, a true ‘I was there moment’. Theirs is the sound of the eighties, amplified and cranked to eleven. Party on, dudes.

Next to the Defiants, Trixter are another band born out of the eighties hair metal boom. Their brace of albums were lauded from far and wide, giving them gold records and stateside tours with the likes of Stryper and Kiss. Having reunited in 2008, they’ve since released two new albums, playing several prestigious gigs along the way. Another band that tore Milan apart, they’re guaranteed to give it to you good.

Bringing the Glam to Rockingham, Crazy Lixx will be riding into town on the back of several well received albums. This year’s live album is the perfect starting point to help you understand what the Lixx are all about. They’ll push the button marked instant party, so get ready for these Revlon rebels to bring the mascara mayhem.

A hot hard rock band from Walsall, surely some mistake? Nope, Stone Broken has gifted the world a hard hitting debut that has seen the plaudits arriving their way by the truckload. For most they’ll be an unknown quantity, but after this weekend they’ve the potential to be everybody’s favourite new band.

After a fabulous sophomore album, albeit twenty years later, and a wonderful debut UK performance in the same year, From The Fire were once again the band on all AORsters lips. Led by the core trio of J.D. Kelly, Tommy Lafferty and Michael Sciotto, From The Fire are an old school AOR fans wet dream. They were a little ring rusty last time out in the UK, this time they’ll return like champion prize fighters.

The Metal Queen back in the UK for the first time since the eighties is enough to make you dust of those old red spandex pants in honour of the fact. The Canadian chanteuse will stir the loins of every red blooded male, and female, with a rollicking dose of maple leaf mayhem. An award winning artist, Aaron is another coup for Rockingham.

The little man with the big voice, Alessandro Del Vecchio should be no stranger to AOR fans the world over. He’s appeared with the likes of Jim Peterik, Mitch Malloy and Axe amongst many others. With Nigel Bailey helping out, this could be one of the surprise packages of the weekend.

Born in the eighties, this critically acclaimed UK AOR band were resurrected in the new millennium, releasing an album that generated rave reviews the world over. Currently preparing their sophomore release, the Kings will be one of the most eagerly anticipated bands of the weekend.

Fronted by Miljenko Matijevic, Steelheart were MTV darlings, an admittedly brief tenure with the media giant, before Grunge swept all before it. Releasing a brace of albums at the peak of their popularity, they were a chart bothering behemoth whose candle was snuffed out all too early. Sporadic activity over the years has seen Matjevic as the sole remaining member. These boys have set the excitement factor to eleven, so get ready to stand up and shout.

A bucket list moment for an awful lot of AORsters, this promises to be an unmissable set. With Richard Fortune, Larry Greene and Mick Fortune on board, you can expect their debut album to be played in almost its entirety. Don’t be surprised if the roof is lifted when the likes of “Dearborn Station” and “Thrill Of It All” are played, this promises to be a keyboard fans dream gig.

Returning to the UK for the second time this year, Martina Edoff’s brand of highly energized hard rock will set the afternoon alight. With a band that includes members of Skintrade, Last Autumn’s Dream and H.E.A.T, they’ve the pedigree to make sure a blistering set of hard rock is on the menu.

Returning after his show stealing performance at the inaugural Rockingham festival, Robby Valentine is sure to be one of the most grandiose sets of the entire weekend. The pomp factor will be high and the keyboard quota off the scale, making this a symphonic delight for all in attendance.

I think you’ll all agree that Rockingham Festivals AOR credentials have been fully endorsed by having such an array of talent on show. Fans and ticket buyers would also be wise to watch out for announcements of official pre and after shows in the coming months via the festivals Facebook page.

TICKETING DETAILS ARE AVAILABLE FROM: www.rockinghamlive.com

I first went to a gig in 1981, Gillan at Leeds University. I've been a regular gig goer ever since. I haven't kept count of how many gigs I've been to over the intervening years, but it's a lot! My favourite bands are AC/DC then, in no particular order, Anti-Nowhere League, Slaughter and the Dogs, Towers of London and Dirt Box Disco. I tend to like Glam/Punk and rude offensive lyrics, not sure what that says about me but as Animal would say 'So What!' The question was recently put to me - did I write for any online publications? My reply - No, but I'd like to! Planetmosh was suggested and I found myself offering to review Aces High Festival. Easy peasy I thought! Well not quite, if a jobs worth doing it's worth doing well! I had sixteen bands to research. I found I actually enjoyed that and it kept me too busy to be making lunatic comments on Facebook! ;) Then I felt a bit inadequately qualified. I mean, who am I to comment on others, when my musical expertise extends to being able to play a mean Greensleeves on the recorder and a passable Annie's song on the flute! Haven't picked up either instrument for years! What I do have, however, is over 30 years of experience as a gig goer, so I can comment on what I like and what I don't! It's only my opinion and, if I don't like a band it doesn't mean they are bad, just not to my own liking. I admire anyone who has the guts to get up on that stage and have a go!
@2296928222
Previous Download festival 2016 – Lawnmower Deth
Next The Metal Hammer Golden God Awards 2016 – The Winners 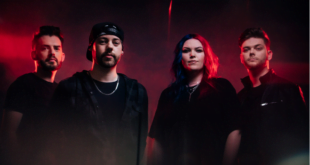 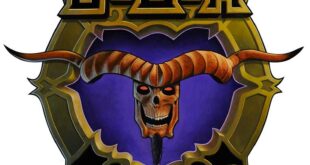